When the health insurance company Helsana decided to implement the data quality suite BiG EVAL, the goal was to use a standard product with a long-term maintenance guarantee and flexible opportunities for data warehouse quality assurance. This move completely replaced the well-established in-house development with standardised test cases and quality checks. Thousands of fully automated test cases are now ensuring the quality of Helsana’s data and initiating processes to solve any discovered issues.

Helsana evaluated the standard product BiG EVAL and were convinced by its simple and robust system architecture, its intuitive and appealing user interface, and its strong ability to be expanded.

Within a short time, Helsana—with support from the manufacturer and one of BiG EVAL’s partners—had recreated all of its test cases in BiG EVAL and thereby centralized and simplified their administration, performance and documentation. 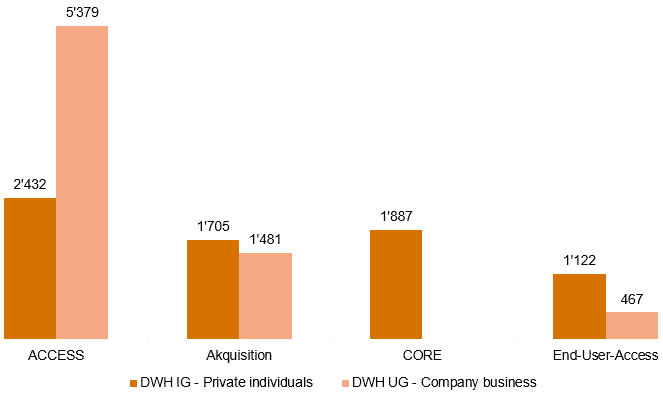 From technical testing to automation in industry

At first, BiG EVAL was only used to test the data warehouses for Helsana’s outward-facing business. Since it proved to be very useful, it was soon implemented in internal business areas as well. The implementation was also tested and expanded to further technical and industry processes, resulting in data quality checks and verification of key indicators during a migration project. A project is also in the works to discontinue an Excel-based solution in the accounting department’s internal control system in order to improve the number and quality of existing tests.

Helsana regard their data warehouse as a dispositive system with steering functions for the company. They therefore use a clear strategy for cultivating and professionalizing their data quality management. In addition to establishing processes and creating an awareness of data quality in the minds of their employees, an important factor in this strategy involves the toolset. Only with tools like BiG EVAL are they able to identify quality issues across the board and implement lasting fixes in the affected areas.

BiG EVAL works in the background and checks Helsana’s various quality criteria continuously and fully automatically. If it finds anomalies or instances that do not fit the rules, it turns on the spotlight and shows the data management department where the problems lie. The next step is a technical or industrial analysis to solve the problem or change workflows to prevent similar issues in the future.

These are the Tests and Quality Checks Helsana is Running

Helsana is running a few very efficient test cases across the board, as shown in Fig. 3. These tests include comparisons between data from source and end systems as well as consistency and technical checks. Complex tests are run on historical data, ensuring data historization without gaps and correct temporal references. Concrete values are additionally checked for plausibility in categorized distribution. Specific test cases and quality checks are run for certain particular scenarios. 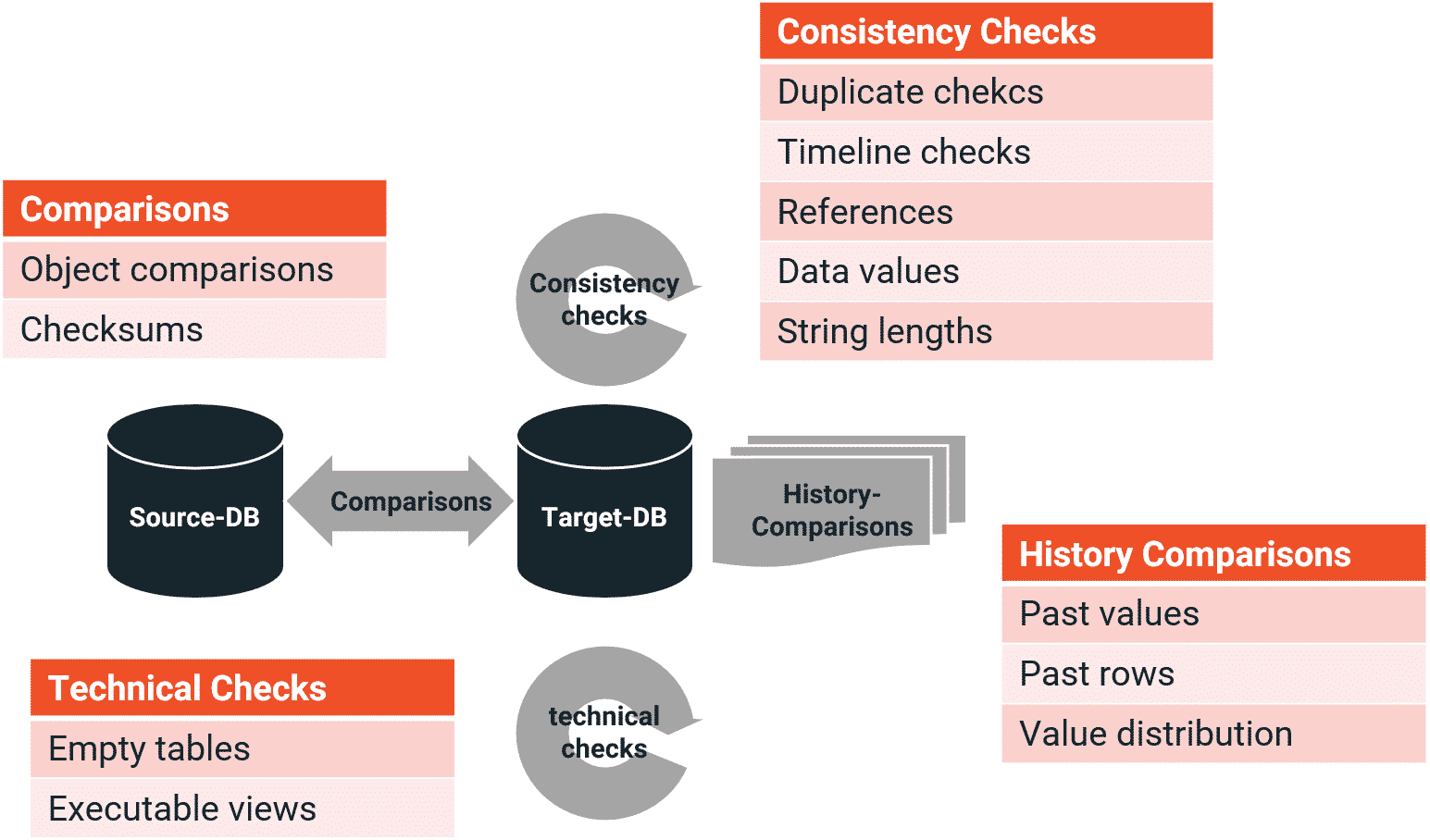 The data checked by BiG EVAL stems from various different data sources. Adcubum Syrius, an ERP system common among insurance companies, uses Oracle technology to process operative data. Helsana’s data warehouse system is based on a Teradata system to which BiG EVAL has native connectivity. This means that test cases can be defined directly in BiG EVAL through Teradata’s SQL syntax, and test data can be taken from the data warehouse without difficulty. This optimal system performance is essential for complex test case scenarios such as time series checks. Data from CSV and Excel files is also used.

Helsana made intensive use of BiG EVAL’s functions during implementation. The combination of integrated scripting with code snippets and parameter lists was particularly useful in reaching their goals and allowed for comprehensive testing of company data. The different types of test cases were implemented once and then automatically run on all similar data. With one stroke, thousands of entities were checked against the same criteria.

The Helsana Group is a trustworthy health and accident insurance company based in Switzerland, and works to provide for the healthcare of companies and private individuals. Helsana Group is an unlisted public limited company organized as a holding company. Under the holding umbrella, Helsana and Progrés are the operating insurance companies. Helsana employs over 3,000 people across Switzerland and has a leading position in the Swiss insurance market with over six billion Francs in premiums. Helsana protects 1.9 million people from the financial consequences of illness, accidents, pregnancy and elderly care. With a wide selection of basic, supplementary, and accident insurance, Helsana works for the life of every individual.

Thomas BoltHelsana Health Insurances – From Data Warehouse Testing to Data Quality Management09.02.2019
We use cookies to ensure that we give you the best experience on our website. If you continue to use this site we will assume that you are happy with it.Ok